Wardell Stephen Curry II (March 14, 1988) basketball player of the Golden State warriors. He was born in Akron, Ohio, United States. But for Labor matters of his father lived most of his life in Charlotte, North Carolina. His father is the NBA Explayer Dell Curry and his mother, Sonya Curry, a volleyball player.

His brother, Seth Curry, is also a basketball player at the Dallas Mavericks. He was raised under the evangelical Christian religion. He studied primary at Montessori School, then went to Queensway Christian College in Ontario, where he was part of the basketball team, demonstrating his great skill. 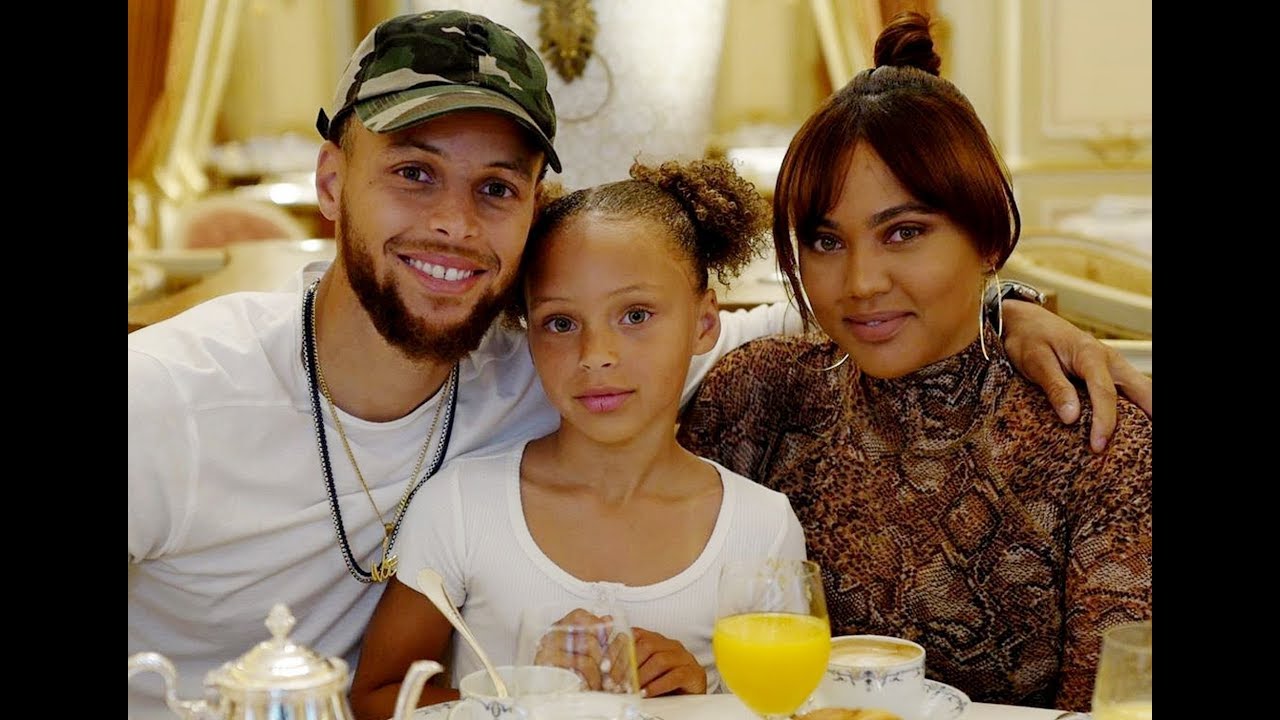 He graduated from the Charlotte Christian Institute, where he won three consecutive times as the conference champion.

His beginnings in professional basketball played in his university stage with the Wildcats of Davidson College after receiving a scholarship, during three days. From the beginning he showed without a doubt his great skill, for example, in a match against the Michigan Wolverines got 32 points, 9 rebounds and 4 assists. The season ended and the second best rookie scorer from all over the country was chosen behind Texas Kevin Durant. In his second season he returned to get the best averages.

As a result he was chosen in the second quintet of the All-American, he was a finalist at the John R. Wooden Award. In the last season he played before completing his college career he was an NCAA scoring leader, scored 28.6 points per game. It was included in the first All-American team. In the year 2009, thanks to his great work, he was hired for a value of 12.7 million dollars for four seasons.

He debuted as a base in the NBA on October 28th against the Houston Rockets. He only needed to play the first season to be selected for the first team of the All-Rookie.

It got its first triple-double in February 2010, 36 points, 13 assists and 10 rebounds. Curry was awarded the NBA Sportsmanship Award. But unfortunately the player had a series of injuries that remarkably stopped his career, but his contract continued to run. He was subjected to several recovery processes. As he recovered, he began to improve his campaign considerably. He got his biggest personal score at 54 points in a match and beat the NBA’s triple record in a season. He finished the year playing his first playoffs.

During the campaign 2013, it participated for the first time in the Match of the Stars. It was one of the most voted players to play the All Star of that year, with it was able to surpass its own record of triplets, another of the achievements of the basketball player was to enter to the MVP of the regular league and to remain champion of the NBA against Cleveland Cavaliers. He was summoned in the year 2007 to be part of the U-19 selection of his country, the team won the silver medal. This was the way to be signed by the American Absolute team. On two occasions he has achieved the golden medal in the Basketball World championships of 2010 and 2014.

He participated in the All Star skills contest in 2011 and won the same thing happened in the triple contest at 2015. The young man continued to work on this ability to get the record and achieved it with 303 triples. But, that was not all Curry continued to work to overcome this brand and in the 2016 set the record in 402. He was again indisputably appointed by NBA MVP for the second consecutive year.

In the year 2017, Stephen Curry with the help of Kevin Durant assured Golden State Warriors his second NBA champions ring in the last three years, the fifth of its history.

Culminated a ‘ playoffs ‘ in a fairly strong, contested and exciting game with Cleveland Cavaliers, the marker remained (129-120) in his favor. Curry and his team Finiquitaron the final with a 4-1. The player finished with 26.8 points, 8 rebounds, 9.4 assists and 2.2 thefts per game, we really have to point out that they are brilliant results. Since his adolescence, he was Ayesha Alexander’s boyfriend. With her she married on July 30, 2011 in Charlotte, North Carolina.

From this union were born two daughters, Riley and Ryan Carson, in 2011 and 2015, respectively.

Nowadays it is considered by the specialists of the sport discipline like the best thrower of the history, with this it has achieved the love and the admiration of the fans. Many fans of other NBA teams ask for pictures and autographs at the end of the games. He is a fast, skillful player to steal the ball, dribbles and runs to evade his opponents. One of the greatest accolades he has received throughout his career has been to be compared to legendary star Michael Jordan.