The Andrea Gail was a fishing boat that disappeared in a tropical cyclone on October 28, 1991, near Sable Island (Atlantic Ocean), on the U.S. Canadian border. It is claimed to have been dumped by a giant wave over 30 feet high. The story inspired the book by Sebastian Junger, ‘ The perfect Storm ‘, whose cinematic version was known as “the Perfect Storm ” by Wolfgang Petersen, with George Clooney, Mark Wahlberg, and others.

On October 30, the Atlantic coast was savagely shaken by waves of 39 meters and winds of 190 kilometres per hour, winds that devastated buildings and avenues and left the fishing port in ruins. That day the remnants of Hurricane Grace allied with a cold Arctic discharge of high pressures coming from the north and with a front coming from the Great Lakes.

The result: The worst storm of which is recorded in the history of the twentieth century. The sudden formation of the atmospheric phenomenon did not allow meteorologists to give notice of the misfortune that was coming, and the fishing boats, which were on the high seas, did not have enough time to escape the claws of the gale.

After catching 18,000 kilos of fish, (the largest shipment in many months), the crew, commanded by Captain William Tyne, was eager to return to land and sell its quoted product at a good price.

By then, the sky threatened heavy rains, but they still decided to venture and sail to the coast. The hours of agony in their fight against the elements remain a mystery. There were never any emergency signs and no technical damage was reported that compromised boat navigation.

For more than a week the rescue Corps of the U.S. Coast Guard and Canada unsuccessfully sought out the Andrea Gail and all they found was an emergency transmitter off and a propane tank.

On November 8, the operatives were suspended with a conclusive and painful affirmation: the six men had perished in the sea, in the same tomb where more than 1,000 sailors lie since 1900, an area known as The Atlantic Cemetery. 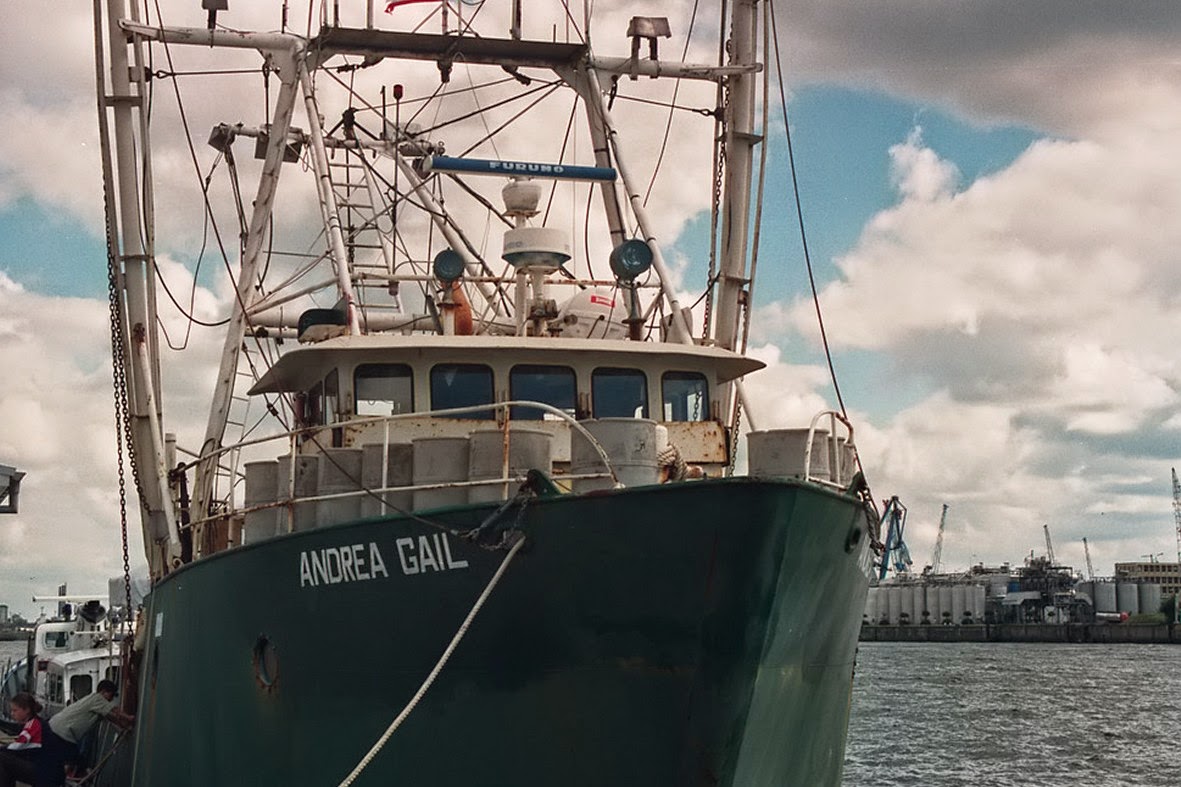 Chronology of the Tragedy Andrea gail

Features of the ANDREA GAIL

Film and novel The Perfect Storm

The Story of the Andrea Gail inspired Sebastian Junger in his novel “The Perfect Storm” published in 1997, and brought to the screen in 2000 with the same name by Warner Brothers. For the realization of the film was used the twin ship of the Andrea Gail, the “Lady Grace”