Netflix, Hulu and Amazon Prime Video are the most popular streaming services at the moment. However, this does not mean that they are the same. Each offers very different programming and additional benefits. The big question is which one best suits your needs and demands? To find out, we say face these three platforms from the point of view of price, content, compatible devices and many more parameters. On their own, each is an affordable (or at least complementary) alternative to cable, satellite or even online television services.

But if you want to subscribe to all three simultaneously, you’ll have to spend more than $40 a month. If you add channel-specific services like HBO Now or CBS All Access, or streaming platforms like SlingTV, PlayStation Vue, or the increasingly expensive YouTube TV, your monthly bill could rival or even exceed that of traditional cable or satellite. Deciding between Netflix, Hulu and Amazon Prime Video is a particularly complicated decision. To help you, we compare them in detail in different categories, so you can find the best option for you. 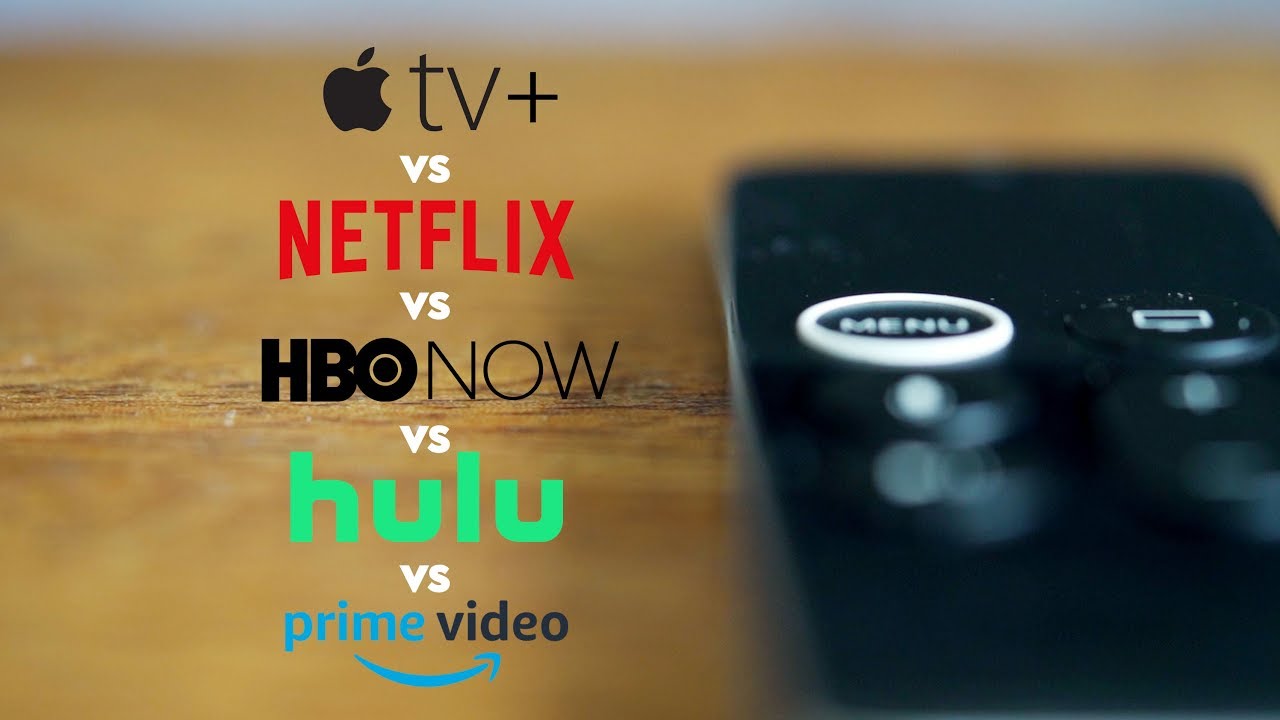 Amazon offers two options for your Prime subscription: $99 a year or $11 per month. Both versions generate the same benefits, including two-day shipping, reduced prices on selected items, cloud storage, and, what we’re currently evaluating, video streaming and music. Best of all, 4K Ultra HD content with HDR comes at no extra cost. In addition, you can share accounts with friends and family, so everyone can access the offers.

On the other hand, Netflix’s different subscription levels range from $8 to $14 dollars, depending on the video quality you want: SD resolution costs only $8 per month, but can only be streamed on one device at a time. If, on the other hand, advancing to HD will cost you $11 per month on two streams, while getting 4K Ultra HD will cost you $14 per month in four streams at once. It is important to know that this price will increase if you opt for DVD rental.

Hulu’s prices are similar: $8 for regular service or $12 for the commercial-free option, which is much better. However, Hulu’s options don’t stop there, as it now offers a live TV streaming package, similar to Sling TV or PlayStation Vue, which includes more than 50 channels at the top of the library on a regular request service and costs $40 per Month.

Definitely if you want to enjoy 4k at the cheapest price, Amazon is your best subscription option, as it offers a lot of additional benefits included in Amazon Prime, such as the student discount and the freezing of their advertised prices by the company.

Currently, all three services are available in a long list of devices, which would be quite cumbersome to list in this guide. That’s why we think it makes more sense to point out which devices are not available.

Basically, Netflix is everywhere and you can even see how many devices present their logo on the remote. For its part, Hulu is also available on almost all devices and is even the only acceptable streaming service on Nintendo Switch. 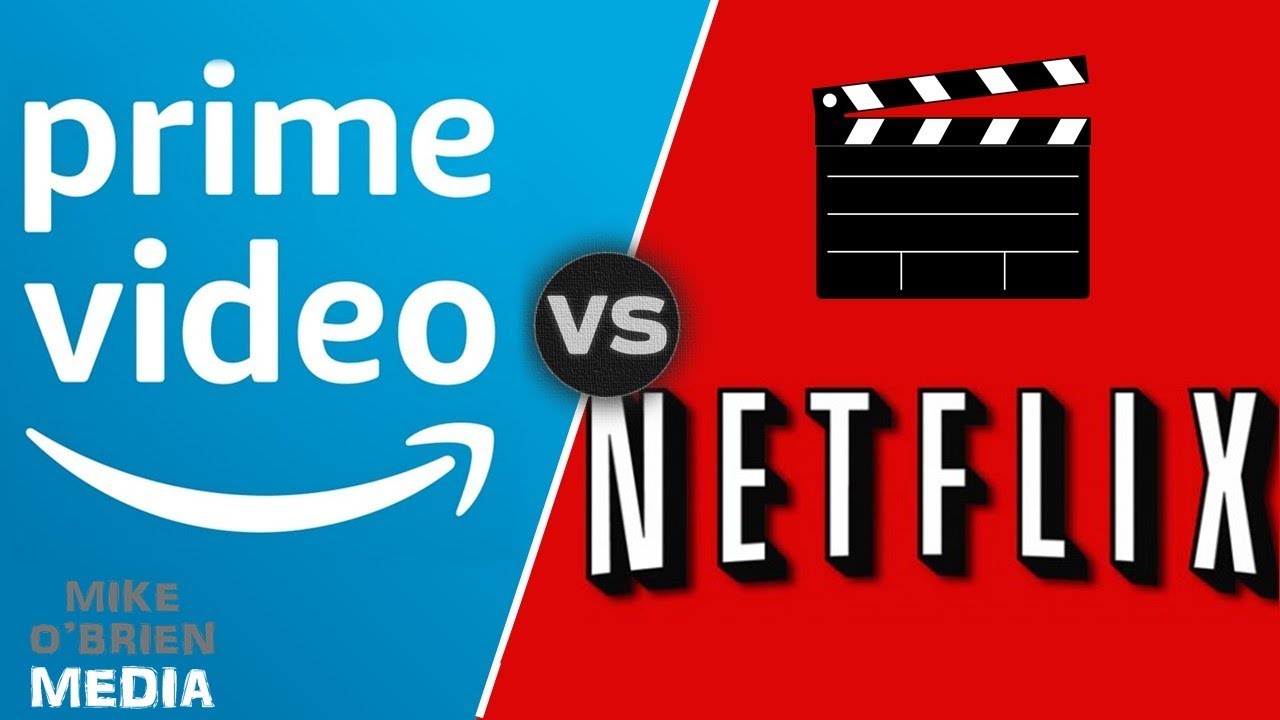 In this group, the only one we see a little laggardististististly, since this service is absent on Chromecast and Chromecast Ultra, which is really understandable, considering that these devices belong to their great rival, Google. To try to counter this, Amazon created its own device called Fire TV and also recently, it made its debut on the Apple TV 4K, but unfortunately it is not enough.

Despite how close Netflix and Hulu look in this category, we believe That Netflix is back at the top, because it’s available on many more cable set-top boxes.

which is better in Content netflix hulu amazon prime

It is probably the most important point of comparison for any streaming service, but it is also very difficult to evaluate as it is constantly changing.

Overall, Netflix has more material than its competitors, especially when it comes to movies and original content, because the company spends billions of dollars and often adds dozens of new titles in a single month. In addition, although it has declined in recent months, Netflix has also become popular with offering many international films that attract its users.

Another important point to evaluate, is the scoop with which each company offers its audiovisual material. Hulu and Amazon currently offer current TV episodes while they’re broadcast, but generally Amazon doesn’t offer them for free with your Prime subscription. On the other hand, even though Netflix has the most variety and allows you full access to every season whenever it becomes available, it’s always a season behind in relation to TV.

Although Netflix is not the best service to keep up with the latest TV shows from other networks, we have decided to give you the prize in this category, since really what this type of service was created for is to offer a rich programming , no matter at the time it was produced.

Interface and ease of use

Netflix has great functionality, and it’s relatively easy to find what you’re looking for, as it selects the suggested movies, series and TV shows through a custom category on the home screen, also offering a design elegant with intuitive carousels. That said, over the years, the company has changed its algorithm, lowering 5-star ratings and, in the process, seems to have found a way to propel its own content above all others. On the other hand, we love the fact that its interface is universal, device-independent or brand-specific, including HDTVs, game consoles, Blu-ray players and Rokus, so you won’t have to learn how to use a new interface if you switch from TV or transmission box.

But Hulu has been updating its interface, and it’s actually much easier to use than before, with categories like Keep Watching, TV, Movies and Kids making it easier to navigate. You can also add Premium channels like HBO, and the shows and movies on those channels will appear on their main interface, although it can be a bit difficult to access the apps. Because of its fast interface and ability to incorporate premium channels, we’ll give Hulu the winner in this section and over Netflix.

Amazon ranks third with a slightly more dispersed interface, but like its rivals, it’s constantly improving. One point in its favor is that you can browse Prime Instant Video directly on Amazon’s website and its various applications. However, these interfaces tend to differ from each other and, frankly, some are not as intuitive as others.

If you want to watch the last episode of your favorite series immediately after its cable or open TV broadcast, you need Hulu. New episodes usually appear on the service the day after the broadcast (as long as the show is brought by Hulu in the first place), and almost all of that content is available without commercials in Hulu’s most expensive plan

If you’re not willing to upgrade to Premium ($12 per month, compared to the standard $8 rate), commercials can actually stand up for Hulu’s greatness. Users who don’t pay more will have to see a good amount of ads, an amount that has been increasing as the service has expanded. To complicate the problem, many of the ads are linked to a single series, which means that if you run a “marathon” of some season, you’ll see the same ads over and over again.

As mentioned above, Hulu has live TV available at $40 per month, which includes live sports and news, while Amazon has its “Channels”, which allow you to add selected channels with newer content. Of course, if you don’t pay for channels on Amazon (which are expensive to add), you can purchase the latest episodes, but you’ll end up paying a high premium ($2 to $3 per episode for SD, $3 to $4 for HD, or up to $41 for a “Season Pass”).

On the other hand, Netflix’s ad-free service doesn’t add the last season of a show until the new season begins. The time period varies from three months to an entire year, depending on the agreement between Netflix and the show’s creators. For those who want to cut with the cable without having to get lost (or fall behind) in their favorite series, Hulu is here the best (and almost unique) way to go

In addition to offering 1080p transmissions, all three services include 4K Ultra HD resolution and HDR streaming support. Netflix charges extra for the privilege, increasing the monthly subscription fee to $12, while Amazon provides 4K for free. Hulu is also free, but support is limited to PlayStation 4 Pro and Xbox One S, which is a serious limitation. For all of you you will need a compatible 4K Ultra HD TV, of course.

In terms of audio quality, Netflix offers selected titles in Dolby Atmos, in addition to 5.1 and 7.1 surround sound encoding in select content. In comparison, Amazon offers 5.1 encoding on select content (although Apple TV 4K users will be left with stereo, for the time being), and Hulu is unfortunately limited to stereo sound even though many network tv shows and virtually all of them movies that offer 5.1 surround sound. Because Amazon offers 4K, HDR and Dolby Atmos support at no additional charge, Bezos and his company take victory here.

It’s amazing how Netflix has been overtaken. In 2012, it barely began making original production, but after seeing the success House of Cards (own series) brought to their subscription, they have decided to invest thousands of dollars in original production. Today they have hundreds of successful feature films, series and documentaries, created by themselves.

However, although Amazon Prime and Hulu have tried to catch up with Netflix with series such as The Handmaid’s Tale, which is an original and exclusive for Hulu and Amazon’s The Man in the High Castle, Netflix maintains leadership.